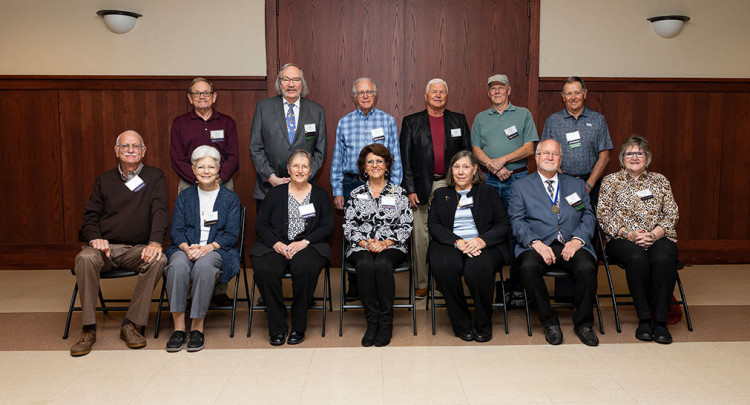 The Southwestern Oklahoma State University’s College of Pharmacy honored its 50-year pharmacy graduates at the 2022 Pharmacy Alumni Recognition Ceremony held on the Weatherford campus in conjunction with SWOSU’s Homecoming (October 15).

SWOSU’s pharmacy program was established in 1939 and has over 6,000 graduates. It has positioned itself as one of the best educational values for pharmacy in the nation. The program is fully accredited by the Accreditation Council for Pharmacy Education and is a member of the American Association of Colleges of Pharmacy. SWOSU offers a Doctor of Pharmacy (PharmD) degree as well as a PharmD/MBA dual degree. SWOSU College of Pharmacy graduates are reputable and successful leaders in all areas of pharmacy practice.