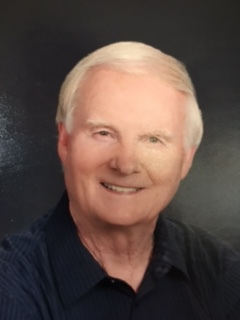 “Jerry has always exhibited great pride in his profession and his moral character is beyond reproach. Through hard work and dedication to his company and the industry in general, he has climbed to one of the highest levels within Merck & Co, which reflects well on SWOSU pharmacy graduates,” states one of the award nominators.

SWOSU Pharmacy Graduate (1968) Jerry Shelton of Parker (CO) was presented the 2021 Humanitarian Award at the Southwestern Pharmacy Alumni Recognition Ceremony on October 30, 2021. The Humanitarian Award recognizes a SWOSU pharmacy graduate who has impacted lives through service and dedication.

A Borger (TX) High School graduate, Jerry attended SWOSU pharmacy school and was actively involved as a Member and Senior Class Student Council Representative with the Phi Delta Chi Fraternity. After college graduation, he became Staff Pharmacist at Meyers & Rosser Prescriptions in Dallas (TX). Following this, he primarily worked for Merck & Co., throughout many of the US states as well as worldwide, until he retired in 2006. Since then, he has been a pharmaceutical industry consultant. He has also served as a member of the dean’s advisory board for the Colorado school of public health and the Advisory Board for Accrual to Clinical Trials Dissemination Network, which is a National Institute of Health (NIH) funded project for sharing scientific health information among major universities.

While excelling in his field as a pharmaceutical representative in the marketing research and development areas, with much of the work being in the vaccine and health related development, Jerry has been a crucial part of a vital service to society.

Jerry has been a leader in the pharmacy profession as well as the community, too. He advocates for the importance of scholarships and how they can positively impact students. He has successfully initiated scholarships and helps support education, including one at the University of Colorado Law School in memory of his daughter, Jenn. Additionally, he helped coordinate a SWOSU pharmacy scholarship in honor of SWOSU pharmacy graduate, Rick Allen. Jerry truly values the impact that scholarships can make on students. Along with this act of generosity,

Beyond his pharmacy career, he loves both participating in and watching sports. When his kids were young, he managed a little league baseball team, coached a girls soccer team, refereed young girls’ soccer teams, and was the assistant coach for a girls’ basketball team. In Jerry’s younger days he enjoyed running. He completed the Long Island New York Marathon in 1984! His current hobbies include biking, skiing, snowshoeing, hiking, reading, and playing with his 2 dogs Max and Milo. In addition, he is a member of the United Methodist Church and has served as a trustee. He and his wife, Jan (a SWOSU graduate with BA degree in Sociology), live in Parker, Colorado, and they have two children – Jeremy and the late Jennifer.