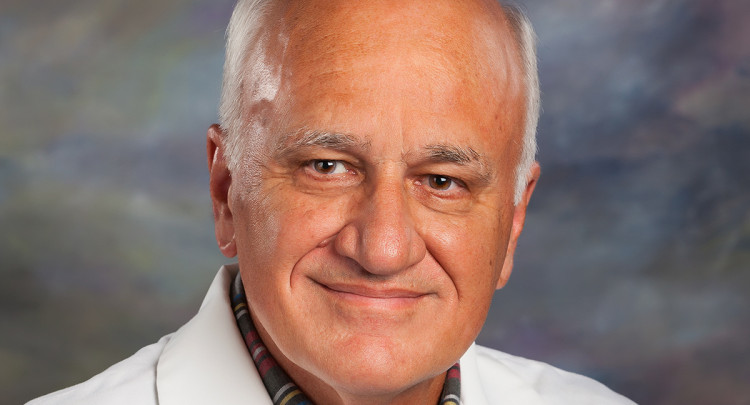 “I’ve always been grateful for the education that I received at SWOSU, and for the many excellent and caring instructors that I had,” said Bill Arrington of Stillwater, OK.

SWOSU Pharmacy Graduate (1977) Bill Arrington of Stillwater (OK) was one of three recipients who was recognized by the SW Pharmacy Alumni Association and SWOSU College of Pharmacy with the 2021 Professional Achievement Award. This award recognizes pharmacy alumni for their professional achievement, who also personify the SWOSU pharmacy school’s tradition of excellence.

Bill began working at Stillwater Medical Center (SMC) as a staff pharmacist in 1977 and shortly after, he became Director of Pharmacy until his 2019 retirement. The last few years he has been working there as PRN pharmacist.

During his tenure at SMC, he was instrumental in overseeing the completion of two remodels of the pharmacy and initiated the current relocation, all involving additional room for growth of staff, inventory, and services. Due to Bill’s interest in computer technology, he was instrumental in securing SMC Pharmacy as alpha and beta sites in ventures such as Intellidot and Pyxis ES system upgrades. Under his leadership, SMC was the 3rd hospital of any size in Oklahoma (and 30th in the nation) to implement the original Pyxis system. Under Bill’s direction, SMC became a 340b hospital, thus saving the hospital millions of dollars. Additional professional highlights include ASHP presentations on Bedside Medication Bar Coding and Administration and publication in Drug Topics.

Outside of the pharmacy walls, Bill has been a member of the First Christian Church for over 20 years. He has served as an elder and is continuing to serve as a trustee, deacon and serving communion monthly to homebound and nursing home members. Additionally, he has traveled on many medical mission trips to Bolivia with the Methodist Church. Also, Bill has volunteered for 20 years at local community health clinic and has served multiple terms on the local Airport Authority/Advisory Board.

After graduating from Marlow High School, Bill attended SWOSU in Weatherford, Oklahoma. While a student, he worked part-time as Campus Switchboard operator and Line Service at Weatherford Airport (while also getting his pilot license). Once he was admitted to SWOSU’s pharmacy program, he joined both the SWPhA (aka APhA-ASP) and OSHP student groups. He also worked summers and weekends at his hometown drug store.

He is married to Kelly, and they have one son, Matthew. Members of his family who graduated from SWOSU include father-in-law Haydon Battles (1957 – BA Education), brother-in-law Kirk Battles (1984 – Computer Science), and sister-in-law Toni Battles (1985 – M.E. Secondary Language Arts.