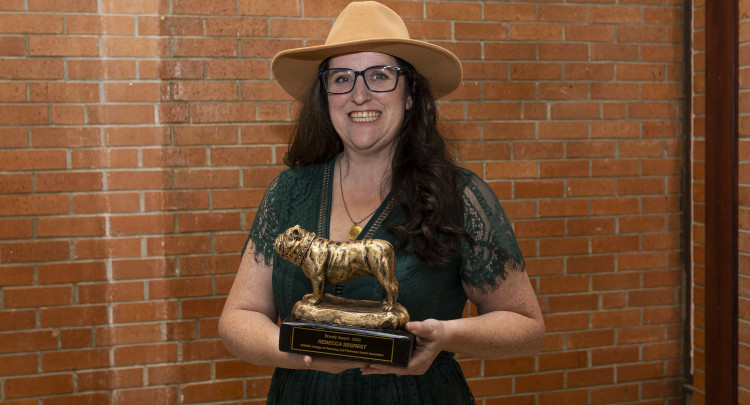 This year’s recipient is Becca Segrest of Edmond, OK.  Becca, immediately after her 2005 graduation, started as a staff pharmacist for Cardinal Health Nuclear & Precision Health Solutions spending several years traveling to various locations in Texas and Kansas. She became the Pharmacist-In-Charge there in 2011, and in 2019, she became the Pharmacy Manager for Cardinal Health.  She was the recipient of the Oklahoma Society of Nuclear Medicine Award in 2013 and was named SWOSU College of Pharmacy’s Clinical Preceptor of the Year in 2008 for her exceptional dedication to our students. In addition, she was an LSS Kaizen Leader as well as a presenter of Cardinal Health Continuing Education. In collaboration with her church, Becca started and is the Pharmacist-In-Charge for the charitable pharmacy, The Clinic at the Hill, offering free medical and pharmacy services to indigent patients. She is also part of a medical mission team that goes to Romania.